How Tall Are Tennis Players?

How tall are tennis players?

We’ll start this out with the simple answer - tennis players are pretty tall.

The average man in the US measures in at around 5ft 9 inches (175cm) tall, making him two inches shorter than the shortest guy in the top ten, David Goffin at 5ft 11 (180cm).

On the women’s side, it’s a similar story.

The average woman in the US is 5ft 3 ½ inches (161cm) tall, an inch and a half shorter than the shortest woman in the top ten, Ashleigh Barty (165cm).

The averages point to the same conclusion, with the average top ten male player measuring in at 6ft 2 inches (188cm), and the average female top ten player coming in at 5ft 8 ½ inches  (174cm).

This points to the fact that it’s pretty helpful to have height on your side if you want to make it as a top tennis player.

However, there have been plenty of examples throughout history that you don’t need to be over 6ft tall to succeed in tennis.

We take a look at some of the biggest names from the men’s and women’s games to see how tall they are.

How Tall are the Top Males Players

When you watch tennis on TV it can be difficult to judge how tall the players are. When you see them in real life though, they’re often much taller than you expect.

If we look at the most successful players of recent times, they’ve all been comfortably over six foot.

The big four of Roger Federer, Rafael Nadal, Novak Djokovic have won pretty much every major over the last few years and they’re all a similar height.

The GOAT – the man whose suaveness is only matched by his unbelievable tennis is 6ft 1 inch tall. This is pretty tall for your average guy, but for a top tennis player, it’s very standard.

Rafa always seems to look a little bit shorter on TV, but when you see him in real life he’s a pretty tall and imposing guy.

He’s always been hot on Federer’s tail and has given us some enthralling tennis over the years, and he also measures 6ft 1 inches.

Djokovic is slightly taller than his two eternal rivals at 6 ft 2 inches tall.

With 17 Grand Slam victories, the Djok is within striking distance of Nadal on 19 and Federer on 20, so we will see what the years ahead bring for the Serb.

The tallest of the four players is Andy Murray at 6ft 3 inches. Again, he’s someone that doesn’t appear to be so tall on TV, but he’s well above average height.

These guys might not necessarily be youngsters anymore, but while Fed and Nadal are still going, we’re going to keep calling them that. Yes, these guys are pretty tall too!

At 26 years old, Thiem isn’t that young anymore, but he’s starting to push the top players.

Currently ranked number three in the world, the Austrian fits the typical mold and is 6ft 1 inch tall.

This is where we start to see some really tall guys! Russian Medvedev had a breakthrough year in 2019 and looks set to be around the top of the rankings for some time to come.

When you stand him next to Medvedev, he doesn’t look particularly tall, but you soon notice when he stands next to the Fed or Nadal.

The 21-year-old won the ATP Tour year-end trophy last year and is tipped to become a Grand Slam champion in the not too distant future.

Given the average height of an NBA basketball player is 6ft 7 inches, this group of youngsters are pretty tall.

23-year-old German, Zverev is no different, and like Tsitsipas, he’s tipped for future stardom.

Other Notable Up and Coming Players 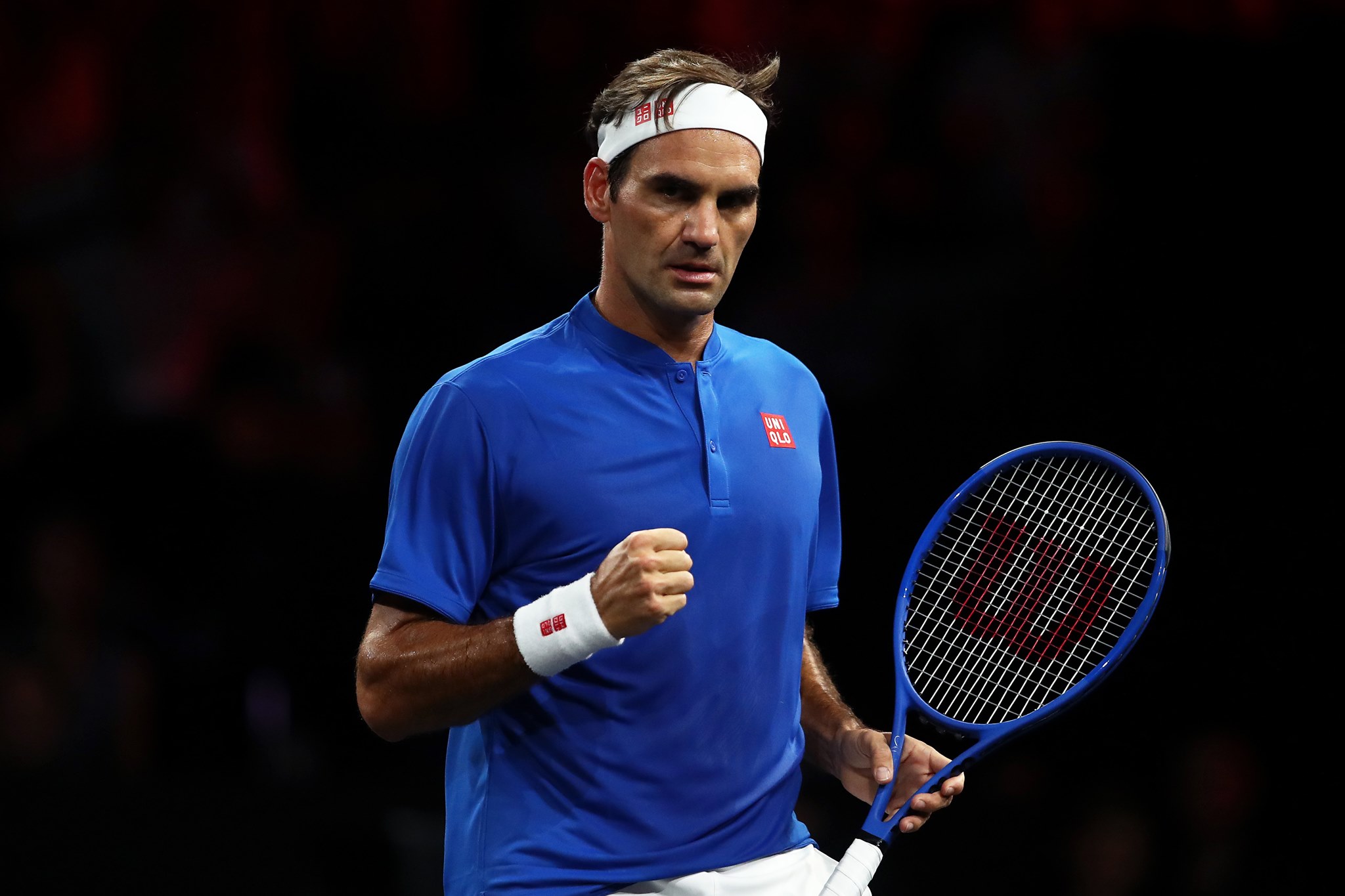 How Tall Are Tennis Players of the Past? (Male)

So, we know the modern game is dominated by guys who are over 6ft tall, but what about in the past? How tall are some of tennis’ past greats?

Agassi had an exceptional playing career, winning 8 Grand Slam titles and a career Grand Slam. At 5’ 11”, he is an example of a great ex-player who measured under 6ft tall.

You can’t think of Agassi without thinking of the great “Pistol” Pete Sampras. While Sampras was known for his excellent serve, he was only 6ft 1 inch tall, not huge compared to the modern-day players.

Another man with a big serve and a great record at Wimbledon. The German won 6 grand slam titles in the 80s and 90s, but wouldn’t have looked out of place today at 6’3”.

A legend of the game and still frequently found doing commentary on the big matches, John McEnroe measures in at 5’11”. The American won 7 grand slam titles in the 70s and 80s.

Borg, who formed one of the greatest rivalries of all time with John McEnroe was also 5’11.

Going back a bit further we get to all-time great Rod Laver. The Australian who is 5’8” also won 11 grand slam titles doing the Grand Slam twice.

Other Notable Past Greats

The Tallets Tennis Players and the Shortest

Players of all heights can succeed at tennis, and the world rankings go to show that.

At the top of the scale, there are some giants, but there are also some much shorter guys that have had significant success.

Diego Schwartzman might be the best part of a foot shorter than the likes of Zverev and Medvedev, but that doesn’t stop him competing.

The Argentine is currently ranked number thirteen in the world.

Big American, John Isner always comes across as one of the nicest guys in the game, but he gets the job done on the court.

Isner has spent plenty of time in the world’s top ten, powered by an unbelievable serve.

He’s one of the tallest tennis players, and it’s served him pretty well!

Tallest Tennis Players and the Shortest: Other Notable Players

It’s a very similar story when we ask how tall are female tennis players. In general, they’re pretty tall. Let’s look at how tall some of the current players are.

23-time grand slam champion Serena Williams is 5ft 9 inches tall, which is well above the average for a female.

While she’s certainly not short compared to other ladies on the tour, she’s also not exceptionally tall.

Current world number one Ashleigh Barty is certainly on the shorter side and is the shortest woman in the world’s top ten.

Clearly, it doesn’t hold her back though as she’s been tearing things up in recent years.

Plilskova always seems to be there or thereabouts and is on the taller side when it comes to women’s tennis.

The Czech is a former world number one and is currently ranked number three in the world.

Another person who doesn’t seem so tall on TV but is plenty tall enough in real life.

The Japanese player had great success at the end of 2018 and the beginning of 2019 but finds herself at number 10 in the rankings currently. 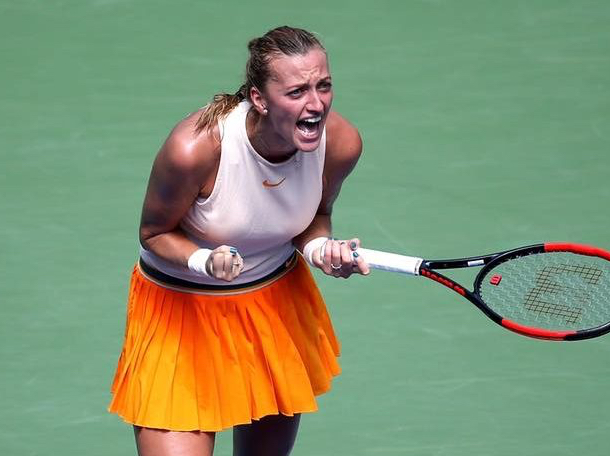 How Tall Are Tennis Players of the Past? (Female)

In the men’s game, many of the past greats weren’t as tall as the modern players, so would this be the same in the women’s game?

Billie Jean King is one of the great legends of tennis and was instrumental in the formation of the WTA. At 5’5”, she would be on the shorter side in today’s game.

One of Billie Jean’s great rivals, Martina Navratilova was significantly taller at 5’8”. The leftie had a stellar career and is a popular television pundit to this day.

The other half of the Agassi – Graf partnership, Steffi Graf was a dominant force in tennis in the late 80s and early 90s.

At 5’9”, she’s the same height as Serena Williams, and certainly wouldn’t have looked out of place on the tour today.

Other Notable Past Greats

How Tall Are You? Does It Matter?

Tennis can be played and enjoyed by people of all heights! If you want to find out how to get the best out of your body, check out our range of exciting online tennis courses!

Yes! I want to take my game NEXT LEVEL!

Supercharge Your Doubles With TheTennisBros.com

The Art of Volleying

Become clinical at the net with our in depth volleying walkthroughs!

Outsmart your opponent with superior tactics! Our strategies can be quickly implemented for instant results!

Get Our Free Guide to Supercharging Your Tennis Equipment!

Sign up to receive your Free Guide to Supercharging Your Tennis Equipment, straight to your inbox!

The Best Tennis Players of All Time (Top 10 Male + Female)

Whatever sport you're talking about, choosing the best players of all time is always going to be a contentious debate. When it comes to the best tennis players of all time, the problem is it’s particularly hard to compare players across different eras.

The Shortest Tennis Players Of All Time

We have established in the past that on average, tennis players are pretty damn tall! Being of above average height brings with it a fair few advantages on the tennis court, but there are still some shorter tennis players that have had a lot of success on the professional circuit.…